Ten years ago, I was a computer science student in Utrecht who was about to leave the Netherlands to live in Sweden. At the time, I had been living for about a year in a very spacious (50m2) attic room on a top location: Domplein, complete with nice view over the square.

A Dutch reporter took some photos from a balloon which gives a nice perspective on how nice this room was. I’ve highlighted which building was I lived in. The house, a four story monumental building was owned by a lawyer. The bottom floor was an apartment he rented out and he had converted the attic into two student apartments. The front apartment, which was the largest, was mine. The front two windows were both mine, as well as the little window on the side. Total rent was 675 guilders per month. Try find an apartment with that price in euros these days (at the moment of introduction, 1 euro was slightly overvalued at 2.2 Guilders). Anyway, at the time it seemed like a lot of money. 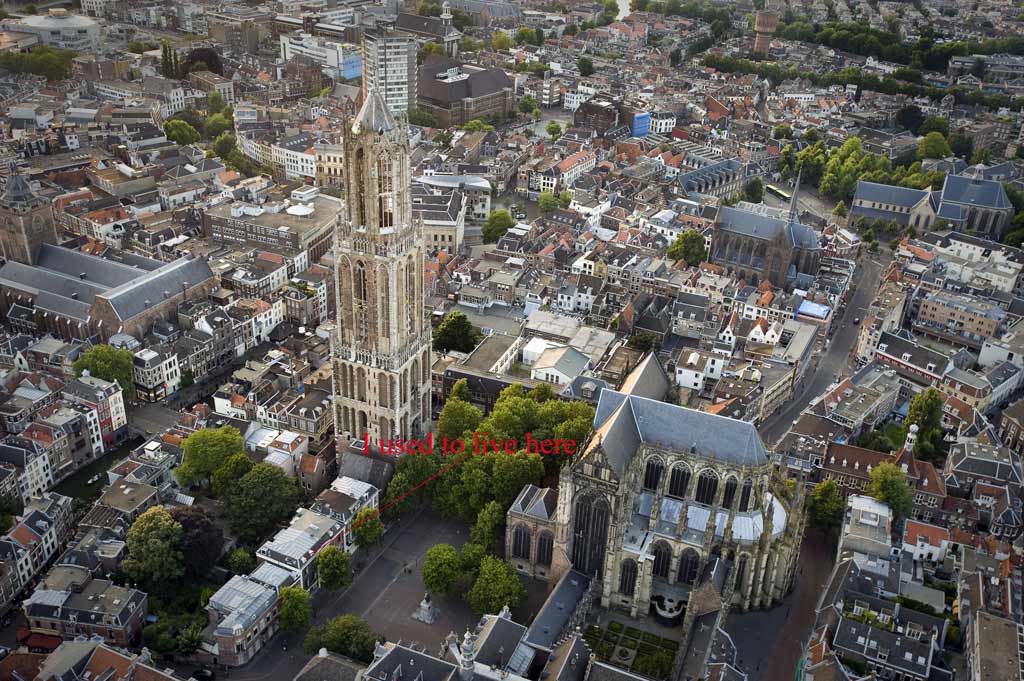 As you can see right next to my left there is a pretty big tower and half a cathedral. In fact this is the largest church tower in the Netherlands and you can read all about the missing half of the cathedral on wikipedia. It was noisy too, especially at night. But you stop noticing after some time.