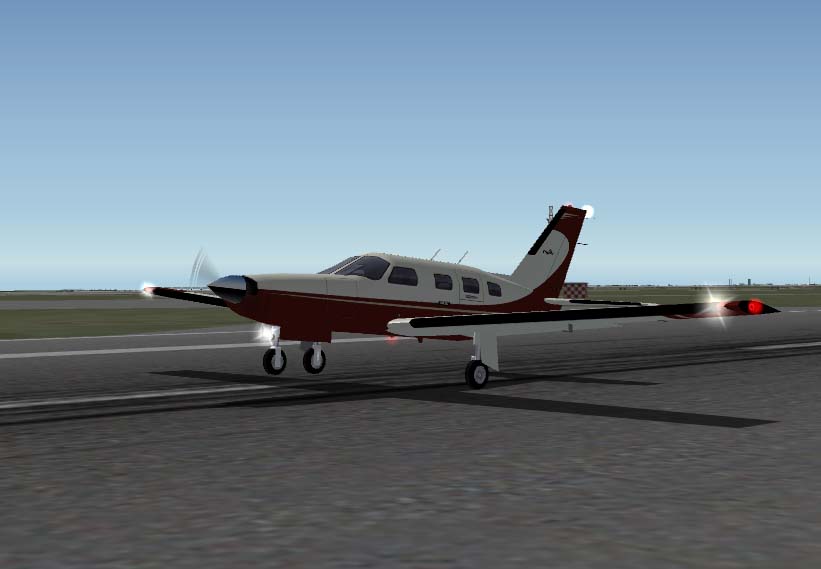 A few of the things that I have learned tonight (after practicing what I read in the first two chapters) is that there is nothing wrong with either my joystick or x-plane. The eratic pitch behaviour that I used to experience when flying x-plane, and to a lesser extent ms flightsimulator, was almost entirely due to my style of flying (or lack thereof). Correct the style and suddenly flight is as it is supposed to be. That in short is realism. In fact a real airplane would present you with similar (and dangerous) eratic pitch behaviour if you’d try to force your way down without much regard for what you should be doing to accomplish that goal.

I recommend anyone interested in flight (simulation) to spend some time reading the linked stuff. The material consists of a detailed discussion of the physical aspects of flying (e.g. exchanging airspeed for altitude). I’ve seen similar material before but this is a particular good reference in the sense that it provides a good conceptual overview of what is going on (i.e. the ‘how it flies’ part) and also provides valuable tips on how to translate the theory into practice. A basic understanding of physics helps (author is a physisist) but common sense goes a long way.

I was pleasantly surprised that the advice in the book actually works very well in x-plane. I’m now able to keep an airplane at a given altitude without pulling on the yoke all the time. Also I’m now able to effectively control and change airspeed without losing altitude or going into a controlled descent/ascent at the desired vertical speed. All of these are very important aspects of flying in a controlled way. It’s easy to just go full throttle all the time and sort of aim for the runway when landing whilst reducing throttle and extending flaps to sort of touch down without crashing. That’s different from taking off and landing properly. In real life, the latter will ensure you will probably survive the procedure.